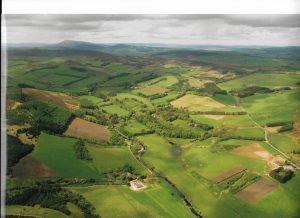 A Brief History of Glass Kirk

The original Glass Kirk was built after the Reformation around 1574 and was dedicated to St Andrew whose name was also perpetuated in St Andrew’s Fair (later called Glass Market) which was held annually, at the end of July, on Glass Market Hill.

1588 United with Rhynie, Essie and Botriphnie

1727 Church declared to be in very good order

1767 Church described as a building 56 x 18 feet with a steeple but in an unsatisfactory state through general deterioration on account of the floor being below the level of the churchyard and thus admitting water when it rained … the loft doors made the church extremely cold. Exterior repairs were ordered but seemingly never carried out.

1770 It was decided to build a new church of the same length but 10 feet wider than the original.

1841 At the time of the Disruption around 30 dissenters left to form the United Free Church.

A bazaar was held in the Stewart’s Hall, Huntly to raise funds.Patrons included HRH Princess Louise, the Duke of Fife and the Duke and Duchess of Richmond and Gordon. It was opened by the Right Honourable J. Lloyd Wharton Mp a frequent visitor to Deveronside during the residence of Sir A.L. Smith, Master of the Rolls, at Beldorney.