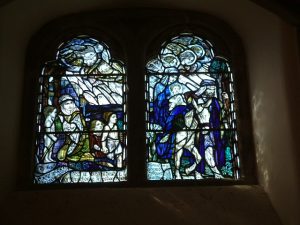 Mary Mitchell Sharp was the daughter of Dr Sharp of Cullen and sister of Frances Robertson Sharp who married Alexander Geddes. Before her own marriage to William Stewart Leslie Farquharson in 1901, Mary lived with her sister at Blairmore House and was a member of the Glass Kirk congregation. The window showing the Flight into Egypt was dedicated at a service in 1912 when Sir Frederick Bridge played the organ and the Rev D.M. Ross officiated.

Two windows designed by Douglas Strachan may be found at the centre and right in the North wall of the extension. They were given by friends in memory of Rev Ross and together with a third window to the left form the trio Faith, Hope and Charity, although in this case the order changes with Charity in the centre, flanked to the left by Faith and to the right by Hope.

Rev Ross oversaw the building of the extension to the church in 1903 – 1904 and was a popular and much-loved minister during his 37 years in Glass, his first year being as assistant to Rev Duguid (see Memorial Plaques). He died a bachelor caring for his sister who was an invalid. 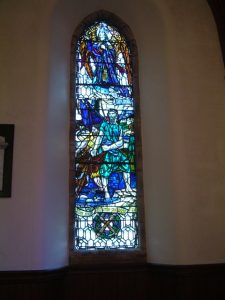 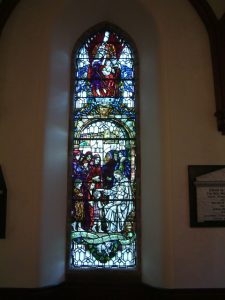 The son of the Very Rev Dean Walker of Huntly, bought the Edinglassie Estate in 1888 and built Edinglassie Lodge in 1900 as a shooting lodge although he had spent most of his working life in England. The window representing Faith was gifted by Mr Macpherson the nephew of John Walker. 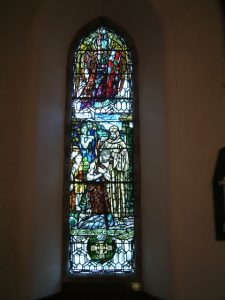